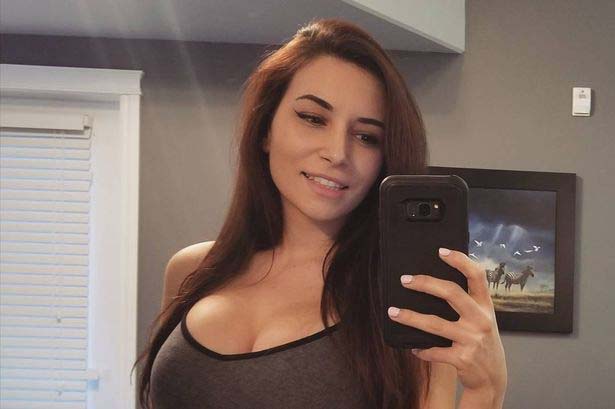 Hi :) I am Alinity! I love games and animals. I've been streaming on Twitch for 8 years and love to chat with people!

Alinity is active on social media since 2012. Moreover, she posted vlog videos on her YouTube channel in 2013. After a while, Alinity opened her Twitch account and began streaming on Twitch with the username Alinity Divine in 2014. She is also a social media influencer and one of the top Twitch streamers of 2021.

Alinity is known as Natalia involved in several controversies. However, she said something against PewDiePie and got numerous threatening calls and harassment mails in 2018. Natalia got married to a Canadian to have citizenship in 2018. Then, she mistreated her pets on her live streams in 2019. Natalia was banned on Twitch due to her nip slip in 2020. She is always available on Instagram, Twitter, and Tiktok.

Natalia Mogollon lives in Canada. She completed her nursing degree from the University of Saskatchewan in Canada. Natalia has a brother and a sister. Her sister’s name is Valentina Mogollon. Moreover, she comes from a business-oriented family. Natalia was a nurse for almost four years. Then, she chose to be a full-time gamer and streamer.

Natalia was suffering from depression and bipolar disorder. Thus, she talked about her childhood and mental resilience while streaming with Mizkif in 2020. Natalia told her father was arrested due to drug association. She was almost dying because of her eating disorder in her childhood. Besides, she has two dogs and two cats.

“I had to be pretty strong as a young human because I went through some stuff.” “…my dad went to prison when I was like 9 because he was involved with the cartel in a way. My parents separated right after that, then I developed an eating disorder.”

Opens up about past struggles before Twitch link

Fake boyfriends, stalking and abuse being a woman on Twitch link