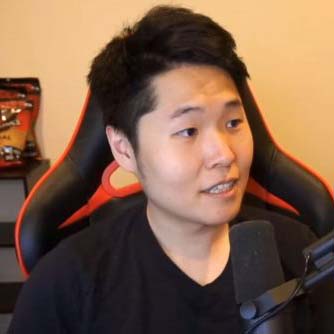 Join this toast on a magical journey ride through the world of Hearthstone.

Hearthstone    Among Us    Teamfight Tactics    League of Legends

Disguisedtoast as known as Jeremy began playing games in his high school days. At that age, he made an online game named ‘The Frustration Game’. When Jeremy completed high school, he was playing random games. After the release of Hearthstone, his brother inspired him to play the game. Later, Jeremy really loved the game and started to make infographics videos. Moreover, he posted his work on Reddit. People appreciated his creativity. He was getting a massive response from his infographics, so he decided to start streaming on Twitch. Jeremy streams with his creative infographics linked to games. However, he often posts for gameplays and highlights.

Later, he realized that streaming can be a great choice for his career. So, Jeremy began his streaming journey in October of 2016. Nevertheless, he hid his face with a toast-shaped cardboard mask. Eventually, Wang showed his face in 2016. Basically, he made humorous content and infographics. Jeremy was looking for names to appear online. His gaming name ‘DisguisedToast’ originated from the slogan of a SI: 7 agents Hearthstone card ‘This guy’s toast’.  However, he got a comment on the Reddit gaming forum, someone called him ‘Ha, disguised toast.’  Wang was laughing after watching the comment, he decided to make it his user name. He was achieving many followers on Twitch.

Furthermore, Wang participated in the ONOG Major Circuit at PAX East in 2017. He was suspended from Hearthstone for 72 hours due to display an auto-win act against the policy in 2017. Then, Wang got himself into full-time streaming after a year. The popular gaming team called Offline TV asked him to join them and he joined them in 2018. Wang was living with the other content creators of the team in California.  However, he switched his streaming platform from Twitch to Facebook gaming in 2019. Wang came back to Twitch again in 2020. However, he made videos of all trendy games.

Wang engaged his audience with his humor and fun-loving characteristics. Thus, he is one of the top Twitch streamers. Wang owns a sales merchandise website of his gaming name. Besides, he collaborated with other streamers like Pokimane. Mark Tuan, Bretman Rock, Logic, JackSepticEye, PewDiePie, and James Charles. Wang was nominated as Twitch Streamer of the Year in the 11th Shorty Awards.

Wang studied at the University of Waterloo and completed his graduation in mathematics. His family shifted to Penang of Malaysia in his infant period. Then, they went to Kingston of Ontario in Canada for his high school education. Wang took a long time to adapt the social activities, so he spent his time playing videogames. His brother always encouraged him to play video games. Apart from streaming, he loves to create applications. Wang worked as a programmer in the NFL Mobile Application. He has a brother and sister. Wang is dating his fellow Twitch streamer, Janet Rose, as knows xChocobars.

DisguisedToast is famous for playing Hearthstone. Then, he played Teamfight Tactics after its release and Legends of Runeterra. DisguisedToast also streams Among Us, League of Legends, PLAYERUNKNOWN’S BATTLEGROUNDS, Fortnite, Apex Legends, Dota 2, World of Warcraft, Pokémon, Magic: The Gathering, Dark Souls, and more games.

DisguisedToast has 19,751 average viewers and 31,709 highest viewers on Twitch. Besides, he has millions of YouTube subscribers and followers on Facebook gaming stream.

His estimated net worth is $2 Million. Thus, he makes around $11,900 USD monthly without other income sources like sponsorships, donations, tips, merchandise sales, and brand collaborations.

Twitch streamer DisguisedToast has advice for getting into streaming link


MORE Hearthstone   Among Us   Teamfight Tactics   League of Legends   STREAMERS