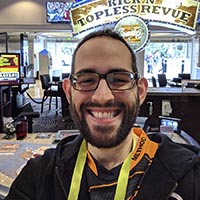 John B. Daniel/jdotb was hunting for keys with his friends after releasing the World of Warcraft: Burning Legion Expansion in the year of 2016. Their team were completing the challenges over thirty time in a day. They also tried to accomplish the top-level loots.

Nevertheless, he acknowledged the reason to go for the peak level keys after the announcements of the first Mythic Dungeon Invitational (MDI) event. He started to think about the quests more passionately.

Jtob lives in Los Angeles of United States. He is 35 years old Twitch streamer. Although, he has two nieces. Jdotb is quite famous in Twitch community. He is a professional full time Twitch streamer. Daniel shares about his relationships in social media. He is dating Method’s general manager Shanna Darrie Roberts. Shanna Darrie is popularly known as MethodDarrie.

Jdotb searched for the teammates withsimilar mindset. So that, they can play more better and accomplish their game challenges. He found Shakibdh (https://www.twitch.tv/shakibdh) and shared the idea of streaming their high-level key hunts to check out the response. Theystarted their streaming journey together in July of 2017.

However, he plays various games like World of Warcraft, Hearthstone, Sekiro: Shadows Die Twice, Star Wars Jedi: Fallen Order, VALORANT, Just Chatting, Black Desert Online, Rocket League, Raid: Shadow Legends and Battlefield. He is focused on World of Warcraft rather than other games. Later, he joined the team called Method as the team leader and healer.

Monthly income of Jdotb is $7,000 USD. The team salary tiered subscriptions, sponsorships, tips, Twitch cheer bit donations, advertisements are additional income for him. He has almost 2,800 subscribers and 118 thousand followers on Twitch. Jdotb got at least 819 peak viewers and 491 average viewers per week.

Streaming hours: He has no scheduled time for streaming. But he streams every day.

To know more about Jdotb check on our YouTube channel