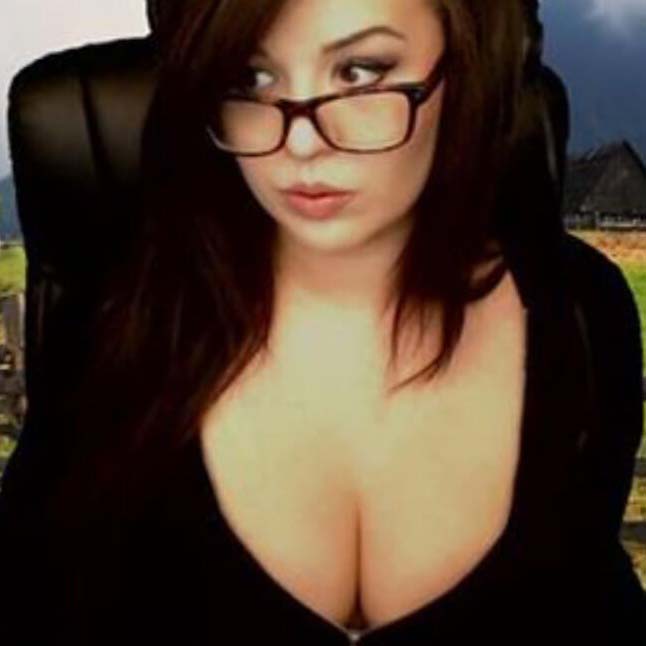 My name is Kacey and I am a female gamer, i'm not looking for attention. #FEMALE #FEMALEGAMER #GAMERGIRL #IAMAGIRL #GIRLGAMER

Kaceytron loves gaming from her childhood. She used to play games on her grandmother’s PC. Kaceytron is working at some marketing jobs from her collage days to make her own money. Moreover, she joined Twitch in 2013 and started her career as a streamer. Kaceytron made a parody series titled Kaceytron University in reference of Trump University due to the presidential race in 2016.

Nevertheless, she is an active streamer on Twitch. Kaceytron inspires newbie female streamers to get into Twitch streaming. Sometimes, she loves chatting with her fans and followers.  Kaceytron is famous for her unique trash talk. Thus, she occupies her audience with her tempting appearance, sarcastic and bold personality. Kaceytron is an entertainer rather than a gamer. She is one of the top female Twitch streamers.

Kaceytron attended a stream of another Twitch celebrity named Rajj Patel during the coronavirus. Rajj asked her, “Whether she would kiss someone with COVID-19”. She replied, “”we would leave quarantine, and we would try to spread it as much as possible because the world would be a better place without old and poor people.”. Twitch immediately suspended her for responding in threats of violence against an individual and a class of people. Though she said it with a sarcastic manner, but it isn’t acceptable for her followers and Twitch authority.

Later, Kaceytron tweeted, ‘”I don’t condone hatred towards any person and it was a poor reflection of my character, I’m just trying to take this all in right now. I ask that my audience please remain calm and rational. Thus, she quoted her comment as an oblivious act. Kaceytron always engaged her into frequent controversies.

Moreover, Kaceytron is a lively member of online community with numerous followers. Her YouTube channel has over 80 thousands subscribers. Kacey is also available on Tiktok, Reddit, Twitter and Instagram. She is associated with Tara Babcock   and they both stream together. Kacey is the founder mother of WMLG. A famous professor Mia Consalvo published a paper on her streaming history titled ‘Kaceytron and Transgressive Play on Twitch TV’ .

Though Kacey has an active social life, still she is quite secretive about her personal life so far. She chose to hide the personal problems behind the camera and social life. But, Kacey often share about her life experiences and hard times. However, she discussed about having struggles from childhood due to her mother’s addiction.

Kacey lived in her grandmother’s house. She shifted to other place at the age of 17. Kacey worked at marketing jobs in Claire’s, Gap, Delia’s to earn money for his survival and education.

Furthermore, she is focused on her career more than anything else. Kacey is a Native American with French origin. She loves to wear attractive outfits and specs. Thus, Kacey is single and never shared about her love interests on social media.

Kacey played Donkey Kong Country, Diablo II, World of Warcraft and StarCraft on her grandmother’s PC since 2004. She began her streaming career with playing World of Warcraft in March of 2013.Then, Kacey moved to League of Legends. She streams for various games like IRL, Grand Theft Auto V, Overwatch, H1Z1: Battle Royale and PLAYERUNKNOWN’S BATTLEGROUNDS.

Kaceytron has 1,132 average viewers and 3,188 highest viewers on Twitch.  However, she streams for 22 hours live in a week.

The estimated net worth of Kaceytron is $200,000 USD. She earns from Twitch subscribers, tips, ads and YouTube monetization.