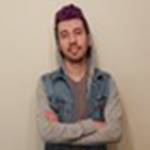 Stephen “Keizaron” used to play some of the Pokémon Gameboy titles while traveling with his family. He noticed a YouTube suggestion of Pokémon Crystal speedrunning video and he watched the whole video and found it interesting. He started to play with his speed runs. Although he added some competition to his gameplays to make the game more effective. The pronunciation of his gaming name “Keizaron” is “KEYS-are-ON”. He became one of the great speedrunners by the passing time. This game gives him many opportunities to grow his online community. Moreover, he loves to study new games.

He completed his high school graduation at the age of 16. He took a gaming career professionally. His parents supported him in his decision. He also has a sister. He was brought up in a good family environment. The name of his Shiba Inu is Kairi. Steven Eisner loves his pet so much that his Instagram profile is full of Kairi’s photos and activities. He has a girlfriend. He was a former guitarist of a band. Although he is a Testicular cancer survivor. He shared his survival journey. Later, he involved himself in a Prevent Cancer Foundation and charities. He helped to raise money to make people conscious of the monthly self-checks for cancer. His involvement helped him to cure faster and saved his life.

He began with his Twitch streaming career in June of 2014. Keizaron took part in the Awesome Games Done Quick ADGQ of 2015. Shanangan came to a retro video game store named eStarland with a copy of an Animorphs game for Keizaron in ADGQ. It became the biggest break for Keizaron. He played a speed run of it at the Awful Games Done Quick event in 2016. He got 1,000 more followers with 715 viewership on Twitch. People noticed and acknowledged him. It helped Keizaron to expand his fanbase. Later, he started to expand his channel in the Twitch community. He started full time streaming in 2017. And got more followers after the AGFQ summer event of 2017.

He has 7909 highest viewers on Twitch with 2,264,705 total views. He streams for thousands of hours playing Pokémon Crystal and He earns from his Twitch account and YouTube channel. His net worth of YouTube channel is $7000 as of November 2020. Moreover, he streams for 8,623 hours in total.