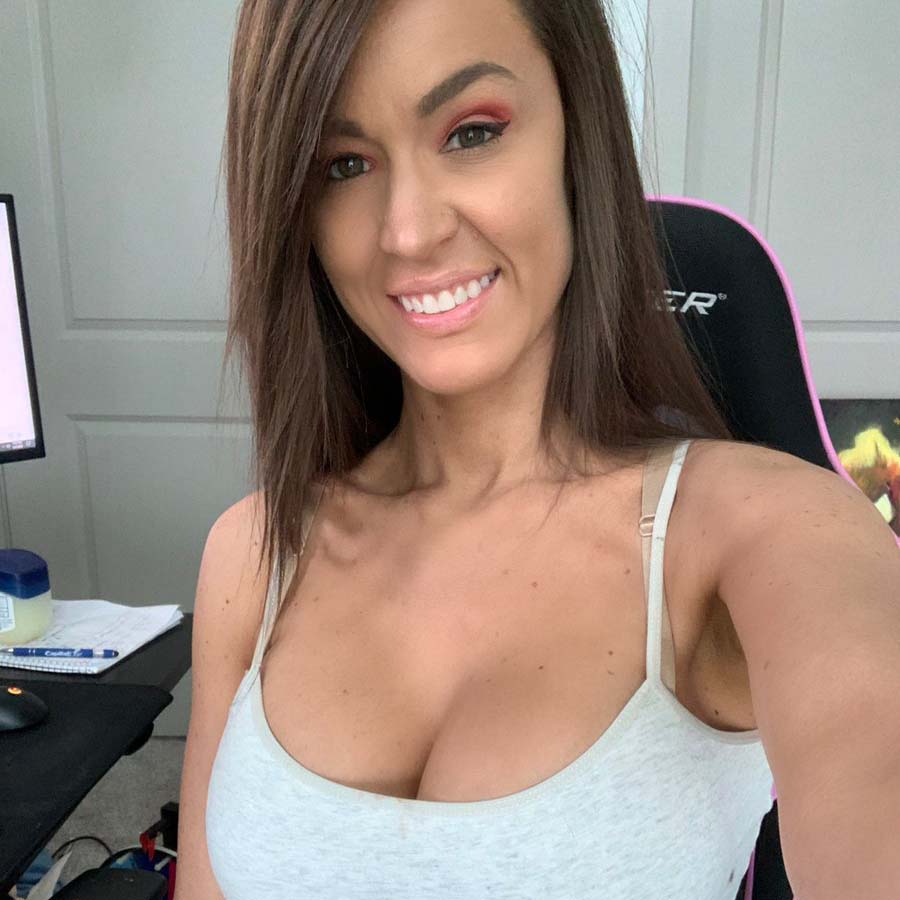 I'm not the girl you used to know.

KneeColeslaw was connected to the game from her young age. However, she spent most of the leisure time to nourished her gaming skills. Nicole found Twitch and opened her account in 2013. She shares her gaming videos on Twitch regularly. Basically, Kneecoleslaw is famous for her bust show on Twitch.

Moreover, Twitch warned her several times due to her controversial videos. She lost her viewers for the video where she was showing jumping jacks. Nicole was wearing revealing cloth when she was jumping. Thus, the incident went wrong and her followers bashed her badly. She was banned on Twitch. Somehow, she managed to come back to Twitch.

Her gaming name comes from her real name Nicole Slaw. She used her name in a funny way to attract more followers. Instead of having many followers, KneeColeslaw is included in the hate list of numerous followers.   According to some followers, she is faking her behavior all the time.

Further, Kneecoleslaw is often rumored for her sexy and revealing clothes. After getting banned from Twitch, she came back two years later. Thus, Kneecoleslaw collaborated with her fellow streamers like Zoie Burgher, Myth, Pokimane, Sonii, AlexiaRaye. She is one of the top female Twitch streamers of the community and famous on YouTube and Instagram.

Nicole Slaw belongs to mixed ethnicity and born in America. She loves to watch anime series since her childhood. ‘Attack on Titan’ is her all-time favorite and she also fond of other anime series like ‘Fullmetal Alchemist’, ‘Kill La Kill’, ‘Sword Art Online’, ‘Is It Wrong to Pick Up Girls in a Dungeon?’ and ‘Death Note’. Moreover, Nicole shares her activities on Instagram. She never comes up with her relationship status. Nicole is a career-oriented woman.

Kneecoleslaw has 246 average viewers and 331 peak viewers on Twitch.

The estimated net worth of Kneecoleslaw is approximately $10,000 (USD).