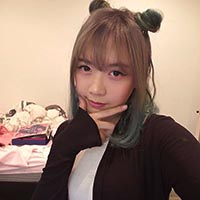 LilyPichu started to play video games at a young age. She used to spend her leisure time playing Nintendo 64 console. Lily began with her first YouTube channel in 2006. She started to upload videos after four years. Lily uploaded her animated videos of her daily life and other stuff as well. She is parodying some songs on her YouTube channel. Her YouTube channel has over a million subscribers. LilyPichu is famous for her content on YouTube. She is a creative content creator. Her fusion of anime and music impressed the audience.

However, Lily entered the Twitch platform in June of 2012. Lily got fame for her gameplay videos of League of Legends. Moreover, she often streams for her videos of playing the piano and live paintings. Her followers love to watch her streams. Lily joined the team named Offline TV. Scarra aka William Li was the co-founder of Offline TV. LilyPichu is one of the top 15 female Twitch streamers.

LilyPichu collaborated with Bandcamp, SoundCloud, Spotify, and Apple Music as a musician. Her SoundCloud channel has over 140 tracks and 30 thousand followers. Although, she has more than 14 thousand listeners on the Spotify channel.  Her music tracks are famous all over the world. LilyPichu is also a successful musician. Her second YouTube Channel “comfi beats”  has 294K subscribers. She uploads her animated and music videos there. Shorty Awards nominated LilyPichu for her online activities.

Lily Ki is born in California. Though her birthplace is California, she belongs to Korea. The ethnicity of LilyPichu is Korean and her nickname is Yun. Her parents moved from Korea to the United States before her birth. She has a younger brother named Daniel. However, her parents almost forced her to learn the piano along with her education. Lily loves to watch anime and cosplaying the anime characters. Her love for anime inspires her to create animated videos with stories and an inclination to the gaming world.

Lily always opened up about her relationship. She dated Albert Chang. They both were fellow team members and also featured in YouTube advertisement for riot games in the year 2018. They broke up in November of 2019 for their personal reason. Lily and Chang stated apology post on Twitch and declared about their break up as well. She is dating her fellow YouTuber Michael Reeves as of February 2020.

Lily had a tough childhood. Her classmates used to bully her because of her different ethnicity. She chose to spend time playing video games and watching anime over spending time with friends. Because she felt relieved with animes and video games. Lily uploads her artworks in another Instagram account ‘ stay comfy‘ .Lily is quite fluent in Korean and Japanese language. Moreover, she also has a dog named Temmie.

LilyPichu began with her gaming career with Nintendo. But, she streams for League of Legends at the beginning of her Twitch streaming career. Later,she streams for different games like IRL, Art., Creative, Minecraft, Dungeons, VALORANT, Rust, Project Winter, Music, and Among Us.

The estimated net worth of LilyPichu is $846,000 USD. Thus, she earns from her Twitch, YouTube, and music platforms.