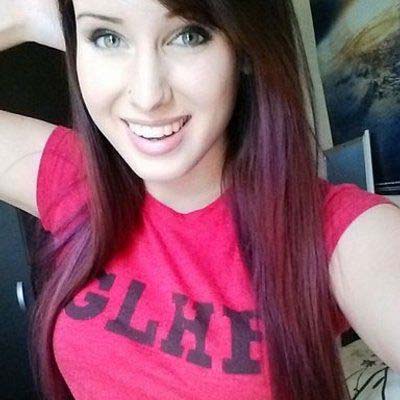 Thus, Sonja Raid as known as OMGitsfirefoxx was interested in gaming while she was studying. Then after a while, Sonja found Twitch in 2014. However, she decided to join Twitch and YouTube to move her career further. Gradually, people got attracted by her activities on Twitch and YouTube. Somehow, she ranked in the most followed female Twitch streamer in October of 2015. Then, her life started moving towards success. She is a happy, energetic, and intelligent woman.

OMGitsfirefoxx feels connected to animals in the games. Moreover, her followers are mesmerized with tremendous beauty. OMGitsfirefoxx hosted SXSW Gaming Awards in 2018. She was one of the finalists for the ‘Twitch Streamer of the Year award in the 9th Shorty Awards. OMGitsfirefoxx uploads some creative crafting videos and amuses her followers with vlogs and other stuff. She treats her followers as a family and named them ‘Foxx Family’. People recognized her more when she got involved with Mianite. OMGitsfirefoxx is popular on Twitter and Instagram as well. She often collaborated with her fellow streamers like JERICHO, CaptainSparklez, Syndicate, Aureylian, and AshleyMariee, etc. OMGitsfirefoxx partnered with brands Intel, Syfy, and Audi.

Sonja was born in Toronto Canada in 1991. Basically, she grew up with her foster parents. According to Sonja, it makes her a more emotional and kinder person. She completed her education in computer programming. Moreover, she was fond of gaming from her childhood. Sonja used to play Habbo Hotel and Runescape in her leisure time. Thus, she has introduced to video games again during making games for her projects of computer programming.

Sonja used to work in a retail job. Thus, she left her job for joining Twitch as a full-time professional gamer, commentator, and streamer.  Sonja is open about her relationship status on social media. However, she dated her fellow streamer, Tucker Boner, as known as ‘Jericho’. Sonja met him while pairing up in a game. Then, she collaborated with Boner on Twitch. They fell in love and streamed together. Sonja even shifted to Portland to live with him. They mutually broke up their relationship on 31 July of 2016. Now, she is focusing on her career and grooming her passion for acting.

OMGitsfirefoxx has 425 average viewers, 583 peak viewers, and 7,901 concurrent viewers on Twitch. Her subscriber count is unavailable.

Her estimated net worth is approximately $50,000 USD. Thus, she earns $4.99 for each subscriber. OMGitsfirefoxx also makes money from her Twitch subscribers, YouTube, tips, donations, advertisements, and brand sponsorships.