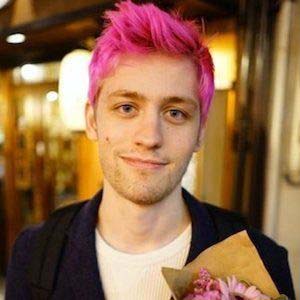 Wtf do i write here? Click my stream, or i scream.

Sodapoppin started his streaming career with a YouTube video titled ‘Sodapoppin playing Amnesia 2’ in April of 2012. After a while, he switched to stream World of Warcraft.

World of Warcraft is one of the famous games. Sodapoppin started to stream on ‘Xfire’, and then he moved to Justin. tv. When he came to know about Twitch, he opened a Twitch account. Sodapoppin owns an eSports team Northern Gaming Company.

Sodapoppin collaborated with his fellow Twitch streamers like Sky Williams, Kaceytron, and Rectful. One of his videos featured Mia Khalifa as well. Moreover, he is also popular for online gambling. Sodapoppin plays on several casino websites.

However, he engaged his audience with his excellent gameplay of World of Warcraft. Sodapoppin often unboxes his sponsored packages and fan’s gifts on the live streams. He is one of the top 15 male Twitch streamers. His YouTube channel has 1.09 million subscribers.

Thomas Morris is born in Texas. He brought up a wonderful and wealthy family. Thus, he spent a mesmerizing childhood with his siblings. His parents are kind-hearted. They adopt some of their children to give them love and shelter. Thomas is the youngest one among his siblings. He has a pet dog in his house.

Moreover, Thomas was a dedicated student in his school till higher education. Then, he chose to be a full-time streamer due to his love for gaming. Initially, his parents did not felt happy about the decision. But then, he proved himself in gaming platforms. Thomas attended some of the charity events of Twitch.

Nevertheless, Thomas dated his fellow streamer Lea May Currier aka LegendaryLea once. Their couple pictures got massive attention from their followers. But, they ended up having bad terms between them.

“I made fun of a lot of the players because they skipped Christmas to grind Rank 14, and I mailed them coal.”