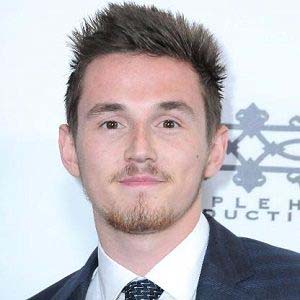 Im Syndicate! I love playing video games & posting videos on YouTube to my channel /Syndicate, but more than anything I LOVE live streaming! Click that follow button, enjoy the randomness and have fun! - Life's too short, make the most of it! ♥

Syndicate is a popular Twitch streamer and YouTuber. However, he used to play video games and watch YouTube videos. Cassell always observes the gaming techniques of his friends and learns new ways to play games. He was motivated to make his gaming content and plan for opening his YouTube channel.

Cassell created his YouTube channel Syndicate Central in 2010. He began to upload his gaming contents of Halo and Modern Warfare 2. When Cassell was streaming on YouTube, the famous Machinima approached him. They featured Syndicate on their website.

Cassell associated with his fellow YouTuber SeaNanners and launched the multinational network Jetpak combined with a media company 3BlackDot. Thus, he rose to fame within a short period. Cassell also published his gaming tips and gameplay of Call of Duty: Black Ops Zombies.

Moreover, he wasn’t sure about a full-time streaming career. Then, his teacher inspired him to concentrate on full-time gaming and streaming. Further, he changed his channel name to ‘LifeOfTom’ in 2015 and then ‘TheSyndicateProject’. Cassell also started to upload daily life vlogs. Nevertheless, he created his Twitch channel.

Cassell delivered the voice-over of ‘Loki’ in the mobile application game of Marvel Avengers Academy in February of 2016. He is listed as one of the most followed Twitch channels. Moreover, Cassell has many dark controversies like advertising violations and sexual assault accusations.

However, he violated many advertisement company policies. His ex-girlfriend Kaitlin Witcher and another streamer Natalie Casanova accused him of sexual molestation and rape. He declared it as false character exploitation. Despite having these controversies, Cassell gained a huge follower base on Twitch and YouTube.

In the beginning, his father didn’t support his decision of following a streaming career. But, Cassell loves to play video games and streaming his gaming tips and gameplay. His teacher talked to his father and convinced him. Then, his family started to support him. Cassell completed his primary education from The Blue Coat School in Oldham of Greater Manchester and A levels from Hyde Clarendon College. Thus, he even worked in Mcdonald’s before entering the streaming career.

The estimated net worth of Syndicate is $6 million. Thus, he earns over $6,300 USD without the extra revenue of Twitch cheer bit, tips, tiered subscriptions, donations, advertisements, and merchandise sales.

SYNDICATE – Before They Were Famous – Tom Cassell link

TheSyndicateProject on the BBC link