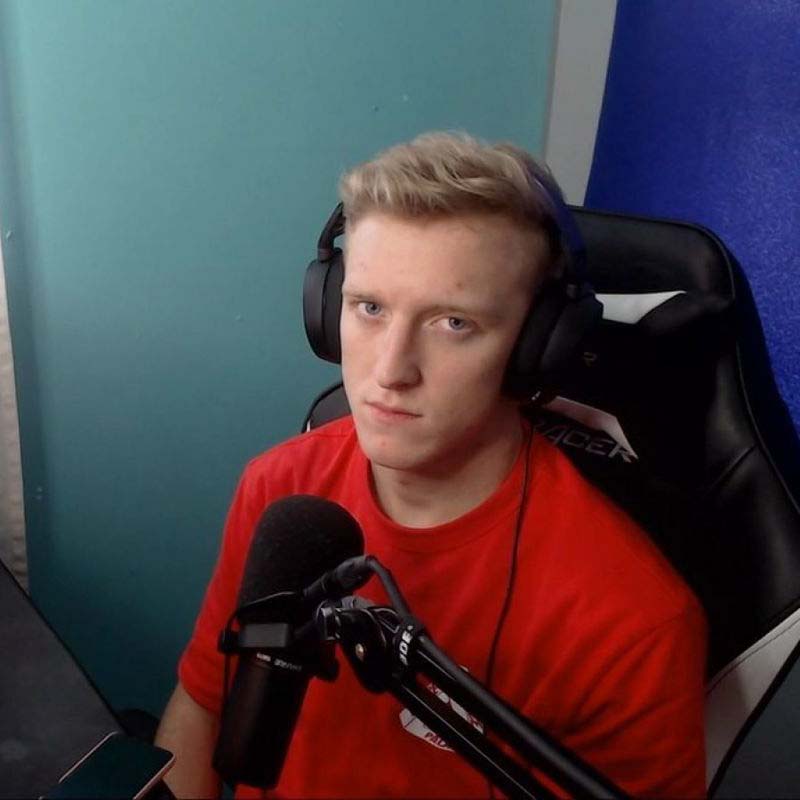 Fortnite    Among Us    Call Of Duty_ Modern Warfare

Tfue is a renowned American streamer of the Twitch community. His journey started with a YouTube channel named JOGGSQUAD PPJT at the age of 12 in 2010. It was his brother’s YouTube channel. They both used to upload videos of trampoline stunts, skateboarding, surfing, scooters, and bridge jumping, etc. Then, he decided to enter the streaming world. Nevertheless, Tfue started streaming on Twitch and YouTube in 2014. He is also associated with eSports as well. Tenney streamed some gaming content, commentary, and how to videos on Twitch. Tfue is popular for playing Fortnite.

The famous professional eSports organization Faze Clan offered Tenney to join them as their team member. He signed up a contract with Faze Clan. Tenney changed his name to FaZe Tfue after joining the team. Moreover, he was alleged to some controversies. Tenney was suspended from Twitch for 30 days in 2018. Although, he referred to the word ‘coon’ which is used as a racial slur against black people to his fellow gamer. Tenney deleted the video after spreading the allegation on him.

Then, he was banned from Fortnite by Epic Games temporarily in 2018. Tenney violated the End User License Agreement of Fortnite. He sold some accounts of Fortnite with rare skins. Even his YouTube channel was deleted in August of 2018. After a while, Tenney recovered his YouTube channel and Twitch account as well. However, he was banned on Twitch again for saying something unusual during his live stream. Tenney claimed his social accounts were hacked. Meanwhile, he left FaZe Clan and accusing them of forcing him to banned gambling. Tenney filed a case against FaZe Clan. Then, FaZe Clan filed a civil case against him for violating their contract.

Furthermore, he has a rival relationship with his fellow streamer Ninja. They always backlash each other on Twitter. Despite having such controversies, he is one of the top male Twitch streamers. Tenney was membered with teams like Rogue and Denial Esports. Thus, he collaborated with his fellow Twitch channels Cloakzy, Tennp0,72hrs, Nate Hill, and Symfuhny. Tenney always inspires other gamers to join Twitch for streaming.

Turner Ellis Tenney is a 23 years old Twitch streamer and YouTube content creator. He has two brothers Jack and Pierce, a sister Alexandra Tenney loves surfing, skimboarding, longboarding, and building gaming computers. Tenney dated his fellow streamer, Corinna Kopf, as known as the pouty girl in 2019. They broke up due to long distance. Then they again came back to each other. Lastly, Tenney declared their mutual breakup and said they are still friends. Though he seems to be an outspoken and hot-tempered young kid, people love his gaming knowledge. Thus, his height is 6 feet 1 inch.

Tfue started his streaming career by playing Call of Duty: Modern Warfare and Fall Guys: Ultimate Knockout. Then he switched to Fortnite: Battle Royale after its release in 2017. Tfue also streams for H1Z1, PLAYERUNKNOWN’S BATTLEGROUNDS, Destiny, Minecraft, Among Us, and Call of Duty: Black Ops Cold War, IRL, VALORANT, Escape From Tarkov, and other games.

His monthly income is approximately $121,550 USD excluding tips, Twitch cheer bit, advertisements, and brand sponsorships. However, the estimated net worth of Tfue is $ 5 million.

The truth of rivalry with Ninja link.


MORE Fortnite   Among Us   Call Of Duty_ Modern Warfare   STREAMERS