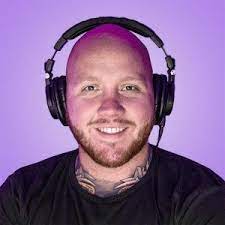 Gamer, nerd, geek. Streaming mostly FPS/Whatevs/Yolo. Feel welcomed, talk to me, and be yourself. Welcome to the #tatmanarmy, one of the most interactive communities on twitch!

However, TimTheTatman loves to watch gameplay streaming on gaming platforms during his college life in 2012. He noticed some streamers like Ninja and Sodapoppin. TimTheTatman thought streaming can be a great career option for any passionate gamer. Here, one can talk to people and play video games. His name originated from some of his tattoos.

Moreover, TimTheTatman was motivated to begin with streaming through a chat session of Sodapoppin. Sodapoppin didn’t talk much in the chat. So, TimTheTatman started to stream on Twitch in late 2013. He is a full-time Twitch Streamer. TimTheTatman always responds to his follower’s chats. Thus, he is one of the top male Twitch streamers.

TimTheTatman also opened a YouTube channel in 2013. He is always active on YouTube and Twitch streaming since 2013.TimTheTatman is partnered with Twitch. Audio-Technica Corporation sponsored him as an esports athlete on Monster Energy. He and Ninja attended Super Bowl LIII with the partnership of NFL 100 commercial. TimTheTatman motivated new streamers by saying, “need to have fun [when streaming]. If you’re not having fun with it, it’s going to be a tough, tough time for you.”

Timothy lives in the United States with his wife Alexis since August 2016. They gave birth to a baby boy Brewer on 11 April of 2019. Timothy has two dogs in his house. However, he started to play video games at an early age. Timothy was also interested in other sports like baseball during his high school days.

Furthermore, he worked as a full-time social worker for risk children in his college days. Timothy started streaming as a part-time hobby. Then he left his full-time job for his streaming career. Timothy often raised and donated money for several charity organizations.

There’s a lot of competition out there as far as trying to get viewers… Know that and realize that. For my first three or four months, it was probably me and five other solid people that showed up every time. And that was it, it was just us… We just played games and hung out together for four or five hours a day… It absolutely got redundant at times, but it was still fun.’ He also advises people not to invest too much when they’re starting out, as there’s no guarantee that they will be able to make back their invested capital.