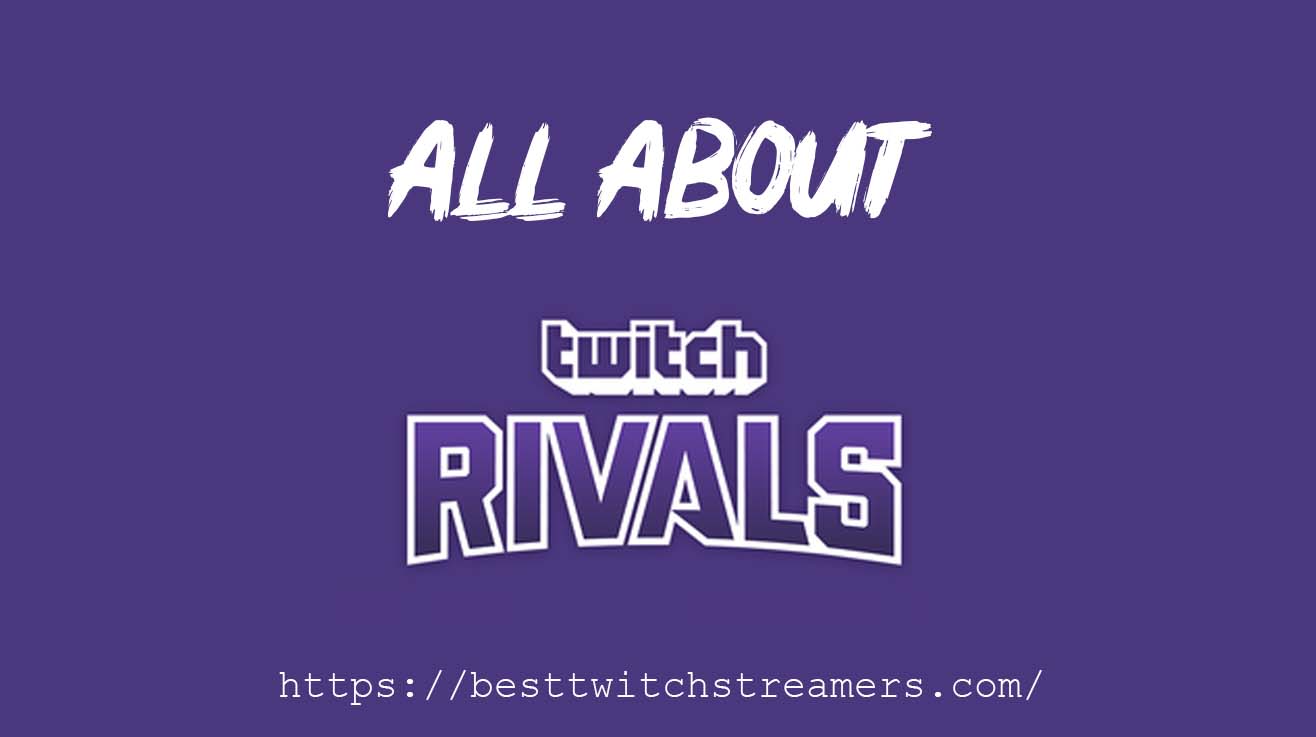 Twitch Rivals is the ultimate showdown amongst streamers on professional gamers. It’s a competition of Twitch or Twitch cons. All the streamers get together to fight for prize money. There are lots of streamers who take part in these competitions.

Usually, the competition is held for a particular game. Any player playing or streaming that game and a part of twitch can participate in the tournament.

There isn’t any specific format for the competition. The whole event lasts for about 100 days featuring various games, players, and formats. Depending on the game genre it can be a battle between teams or they can be duals. There isn’t any specific number of teams to be participating in the tournament. It’s all relative to the games and situation.

A common scenario for the tournament is having a group stage and then proceed to playoffs. The prize money can also vary from time to time. It can sometimes go up to 2 million US dollars or more than that. Streamers such as Shroud, Ninja, Dr. Disrespect, Summit1G, etc. have all been part of Twitch’s rivals in the past.

Usually takes place on twitch. tv or at a twitch con. That mostly depends on the situation and format of the tournament. In 2020 the competition completely took place online due to the pandemic situation. Every streamer took part in their respective games through their own streaming setups at home.

Although in previous years most of the tournaments took place in twitch cons. These events got the most hype too. The games are also streamed through the official channel of twitch rivals on twitch. Also, the players participating in the tournament have to stream their gameplay as well.

The game selection for the tournaments

The game selection process for tournaments is done completely at random. There are classics such as league of legends that never fade away. Also, there are games such as Among Us which are popular and played in the tournament. Most of the time multiplayer games are preferred over solo games because of the excitement factor.

Sometimes twitch goes for games that are popular at a particular time. Just like in 2020 there was a tournament for Among Us and Fall Guys. Both the games were on the hype that year. Also, classic games like League of Legends is always a part of twitch rivals regardless of the popularity or situation.

The player selection process of twitch rivals is fairly simple. You just have to be a twitch partner with good standing on the leaderboards. A fair number of followers is a pre-condition to being a part of twitch rivals.

From there the captains make a team with the players from the leaderboards. These teams take part in the qualifiers round. From there a particular number of teams qualify and go to the main event. There they play with other twitch teams that join the event through invitation.

All these numbers and formats change from time to time based on the games and events. But in most cases, the selection process stays similar to this. To be able to join the event in the first place you must become a Twitch partner or affiliate.

Rules of the events

Stream Sniping is basically watching other players from the same game to use their POV’s for your own advantage. This usually compromises the location, strategies, and playing style of opponents. This is strictly prohibited in the tournaments.

Where to watch Twitch Rivals

Every game from the tournament is streamed on the official channel of Twitch Rivals on twitch. You can easily watch the tournaments there. Or you can go to your favorite streamers channel to watch their POV of the tournament.

If the events are held on Twitch cons then you can just go to the venue to watch everything live. You can also get a chance to have a meet and greet there. But in any case, you can watch all the games through the official channel. The tournament VOD’s are available for a lifetime so you can visit the channel anytime to watch the games you missed too. And it’s completely free to watch as well.

Is twitch rivals the end of other Esports tournaments?

Well, this is a question many have asked till now. The answer is no it isn’t. As twitch says itself that they are doing such tournaments to highlight the streamers who play on twitch. They aren’t there to compete or get other Esports organizers down. These tournaments are just a way to promote healthy and casual competition. Many of the streamers have been benefitted in their viewership and followers with the help of twitch rivals as well. So, this doesn’t end the possibilities of other Esports organizations to arrange tournaments.

Hopefully, we were able to answer all the queries related to twitch rivals. We tried to go through every single piece of information you can have on the topic. All in all, this is a great way to promote the new streamers and build a stronger gaming community.